The good, the bad, and the ugly

Sometimes it’s important to take stock. To count the blessings in life and also recognize the not so good. Hopefully the good will outnumber the other. I know it seems trite but at my advanced age, I feel grateful for my adult children’s accomplishments. It warms my heart to see them be adoring and nurturing parents, having successful careers, taking care of themselves and most of all, I enjoy being with them.  Love hanging out with them. Just came back from a few days in L.A. where I kissed and hugged my grandkids and laughed with my son and his wife. Beautiful inside and out. Had a great Christmas with my daughter who has an amazingly beautiful soprano voice and sings with the Frankfurt opera. We are planning a special mother/daughter trip this June to Dubrovnik. Already bought my first class seat to Frankfurt–lucky me. My eldest son is an accomplished lobbyist who does GOOD things in the aerospace and native American niches–quite diverse clientele and interesting. His extremely bright and beautiful teenage daughter–my granddaughter is growing up too fast. And my eldest daughter and her accomplishments being in demand in the workforce and having a loving husband and brilliant son–my grandson. I also am grateful for my reasonably good health–knock wood.

But intertwined with my good fortune is the insidiousness of the divided country we find ourselves living in right now. I have to admit that I am part of the problem. I am the bad and ugly, in this case, and have no ability to see the other side. I believe in fairness, in affordable healthcare and know firsthand how frightening it is when an insurance company denies coverage because they say your condition is pre-existing. I don’t want to live under the threat of cutting Soc. Security and Medicare. I remember when abortion was illegal and women died getting one, banning abortion will not stop it. I remain horrified as to how we are treating asylum seekers and putting these children in cages and ripping them from their parents. This has shades of Nazi Germany to me. Giving the wealthy tax cuts and cutting food stamps for the poor. I can’t understand why and how there are people who support a WH with a strong allegiance to Russia, where lying is an everyday occurrence, bullying and threatening commonplace behavior by all who serve, where numerous nude lesbian porn photos of FLOTUS flood the internet. I look forward to a day when we once again can be proud to be an American, proud of our president, comfortable with our differences and not be filled with hatred.

So proud of this award

The promotion is starting to begin for this award. Exciting opportunities ahead. Psyched! 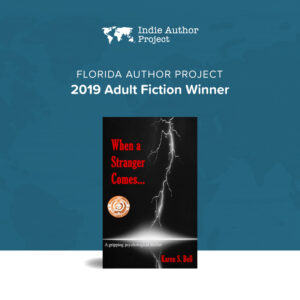 Here we are once again finishing our annual trip around the sun. What have we learned on this journey? Unfortunately, not much. We still haven’t tried to tackle CO2 emissions even though scientists have given us dire warnings of imminent doom. We still allow crazy people to get their hands on guns and perform mass shootings. Our government looks like it will remain corrupt with a career criminal as president and the Republican party bankrolled by Russia and doing its bidding. In my long life, I have never seen our government being beholden to Russia. Russia used to be our arch enemy. I believe it still is but Putin is now rejoicing on how its propaganda machine and payouts to GOP legislators is working so well here to destroy our Democracy.

It looks like the United Kingdom will leave the EU causing all kinds of havoc as collateral damage, NATO is no longer strong, N. Korea is getting rambunctious, and the UN is anti-Semitic. The Israeli government is taking a page from our government and is corrupt in its chosen leader and its government is dissolving.

Bottom line the world is a mess.

I have hope though because without hope what is there? I have hope that good will conquer evil, that humans will figure out a way to slow down climate change and CO2 emissions before earth becomes uninhabitable, that countries will not blow each other off the face of the earth.

Hurray! My audible book is now available for sale

My audible book is for sale!!! Anyone interested in giving it a review can email for the free codes to download. 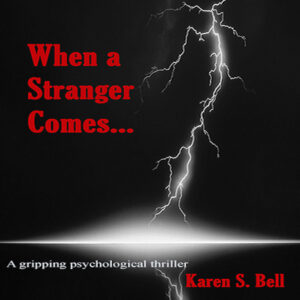